It was a delightful moment for both the students and staff of FIS when a basketball match was organised between the 2016-17 batch and the current batch. The match was held on 18th July and the alumni team started the game with a strong three pointer from Mehul. However, our point guard Dheer was quick to respond with a counterpoint and the game escalated from there on. Both teams continued to showcase a fabulous gameplay with the scoreboard never drying up. By half time, the match had grown intense and the crowd even more so! The alumni were putting their offensive best in the second half and the FIS seniors had a tough time catching up. The FIS seniors used their diverse team to their advantage by subbing out players to suit the situation. An impressive comeback was made, with the FIS team lagging by just 2 points. However, the dynamics of the game changed when the alumni were awarded 3 free throws on a foul and they managed to score all three attempts. At this point, the seniors had lost all hope with just 2 minutes remaining on the time board, only a miracle could save them. And a miracle it was, when the seniors with their backing of their enthusiastic coach, scored two three pointers in a row to take a one-point lead! The seniors finished with a bang with an end buzzer three pointer from the FIS Sports Captain Prajwal. It was a special moment  for both sides; the match brought back the best memories of FIS for the alumni while the seniors proved that the fire in FIS students has not extinguished yet. 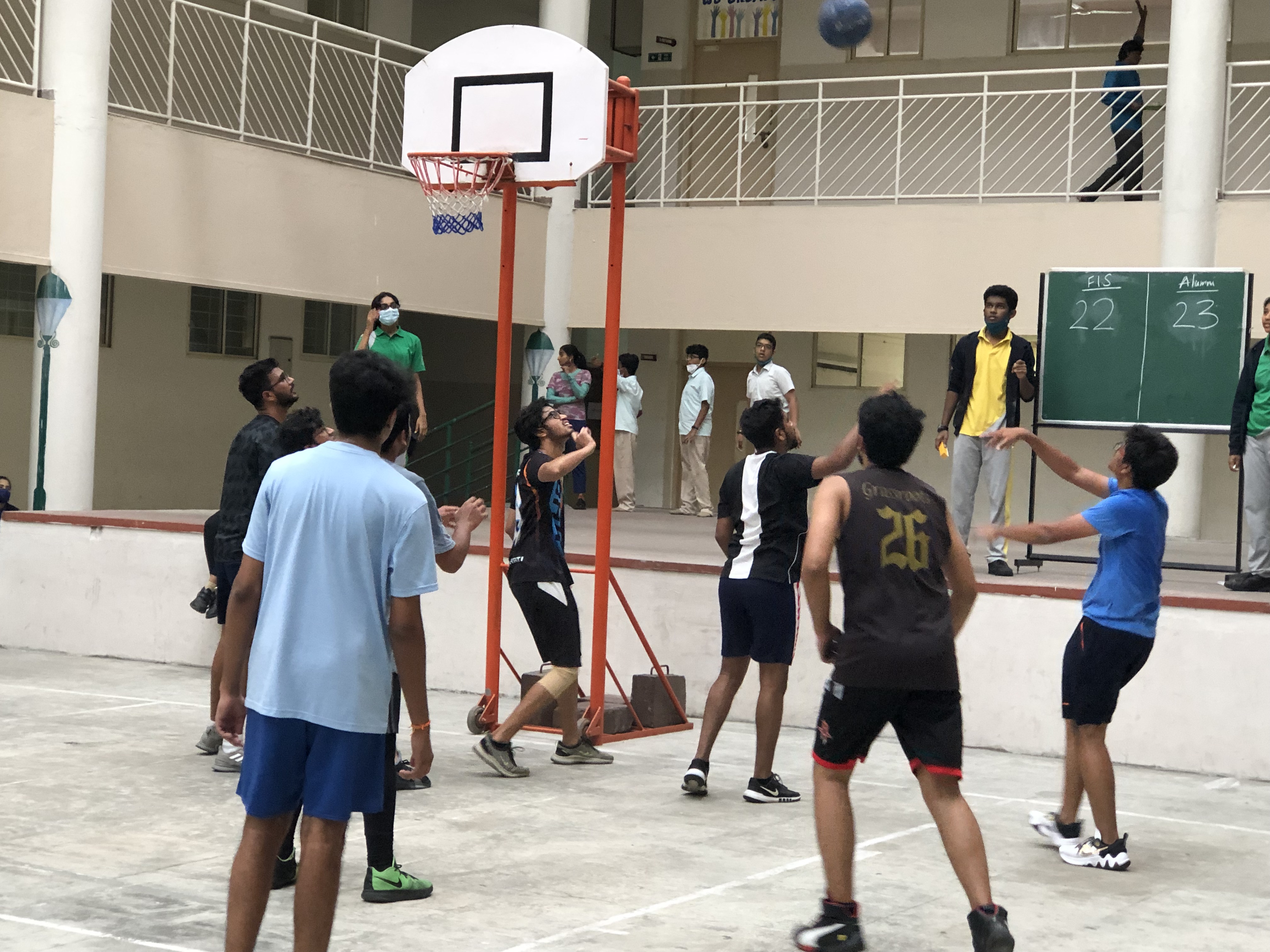 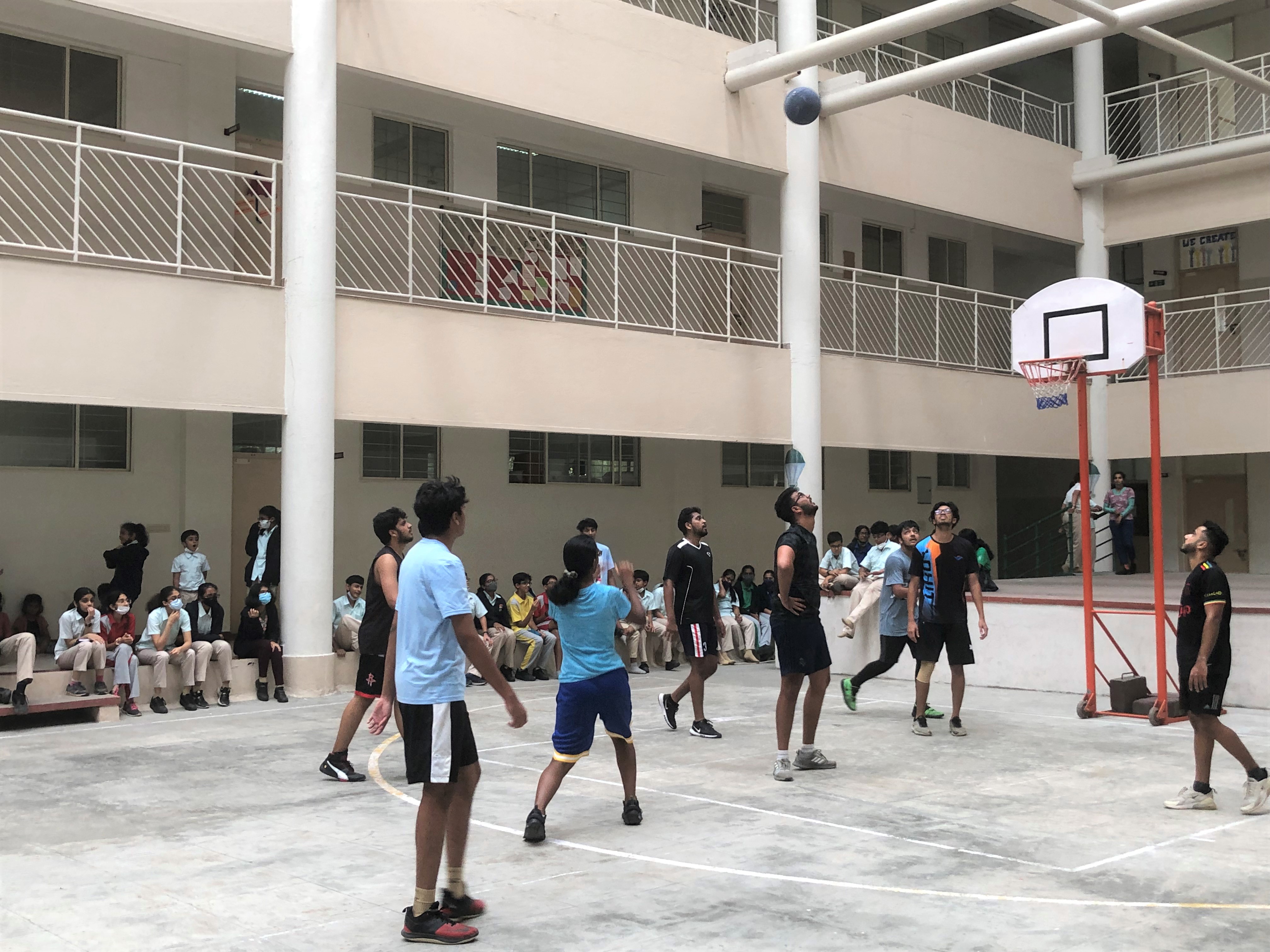