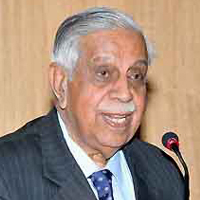 Justice M. N Venkatachaliah (born October 25, 1929) was the 25th Chief Justice of India. He served as Chief Justice from 1993 to 1994. In retirement, he has continued to work on anti-corruption and human rights issues, including support for the launch of the Initiatives of Change, Centre for Governance in 2003.He was awarded the Padma Vibhushan in 2004 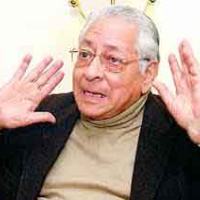 Shri Soli Sorabjee was born in 1930. He served as the Solicitor-General of India from 1977 to 1980. He was appointed Attorney-General of India in 1998, and held that post till 2004. In India, he is the Chairman of Transparency International and Convenor of the Minority Rights Group. On the international circuit, he is a Special Rapporteur to the United Nations Human Rights Commission since 1997. In June 2000, Shri Sorabjee was appointed Member of the Permanent Court of Arbitration at The Hague for a period of six years. 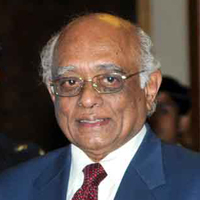 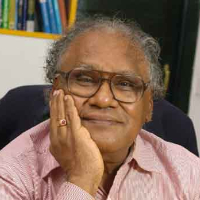 Prof. C.N.R. Rao (born on 30 June 1934, Bangalore, India) is the Linus Pauling Research Professor and Honorary President of the Jawaharlal Nehru Centre for Advanced Scientific Research and Honorary Professor at the Indian Institute of Science. was awarded Padma Bhushan by the Government of India,His main research interests are in solid state and materials chemistry. He is an author of over 1400 research papers and 39 books. He received the M.Sc. from Banaras, Ph.D. from Purdue, D.Sc. from Mysore universities and has received honoris causa doctorate degrees from 39 universities including Purdue, Bordeaux,Banaras, Mysore, IIT Bombay, IIT Kharagpur, Notre Dame, Novosibirsk, Uppsala, Wales, Wroclaw, Caen, Khartoum, Calcutta, Sri Venkateswara University and Desikottama from Visva-Bharati, Santiniketan On the 16th of November, 2013, the Government of India announced Prof. C.N.R Rao's selection for Bharat Ratna, the highest civilian award in India, making him the third scientist after C.V. Raman and A. P. J. Abdul Kalam to receive the award. He was conferred the award on 4th of February, 2014, by President Pranab Mukherjee in a special ceremony in the Durbar Hall of the RashtrapatiBhavan. 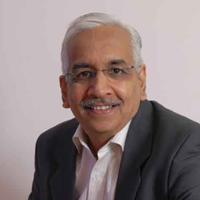 A Mechanical Engineer from BITS, Pilani& MBA from Indian Institute of Management, Ahmedabad, with over 26 years industry experience,ShriRavichandar has been involved in building and managing Feedback's business since 1988. Shri Ravichandar has also set up Ideas for Governance Trust (www.ideasforgov.org), where he contributes to city improvement initiatives on a pro-bono basis. He was member, Bangalore Agenda Task Force (BATF),a public private initiative of the government of Karnataka. He was instrumental with others in making a case for setting up the Jawaharlal Nehru Urban Renewal Mission (JN NURM) at the Centre. 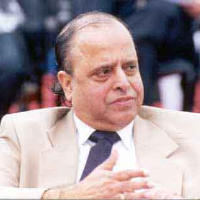 Dr.KrishnaswamyKasturirangan is presently the Chairman of the Council of the Indian Institute of Sciences and the Director of the National Institute, Indian Institute of Astro Physics at Bangalore and the Aryabhatta Research Institute of Observational Sciences at Nainital. For over 9 years until 2003, he steered the Indian Space Programme as Chairman of ISRO. Under his leadership, the Programme witnessed several major milestones including the successful launching and operationalisation of India's prestigious launch vehicles, the Polar Satellite Vehicle and the Geosynchronous Satellite launching of some of the world's best civilian remote sensing satellites, realization of new generation INSAT communication satellites, besides ocean observation satellites. He has won several distinguished awards and has been conferred with the highest civilian honours Padma Shri, Padma Bhushan and Padma Vibhushan by the President of India and Award of "Officer of the Legion d'honneur" by the President of the French Republic, France. 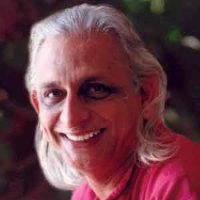 Some call him a Yogi, some Baba, a Vedantin, or a Sufi, but he prefers to call himself just 'M'. He has discarded what he calls the 'outer shell of all formal religions'. He is the Founder President of the Satsang Foundation. Sri M is a crusader for inter religious harmony with a deep knowledge of world religions. He travels worldwide lecturing and helping people to explore ways and means to expand their spiritual horizons and lead a multi-dimensional life. Sri M was a delegate to the United Nations Millennium Peace Summit 2000 at New York. Sri Mumtaz Ali founded two free rural schools for the poor; the first in 1999 and the second in 2001. He is also a Trustee of the Rishi Valley School, Madanapalli and the Founder of the Peepal Grove School, a residential School with an ICSE syllabus near Madanapalli. 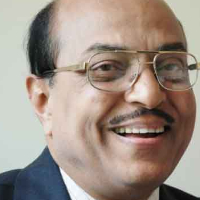 Dr.GururajKarajagi, is a widely published and well recognised educator. He has obtained advanced degrees in Chemistry including his doctorate in Inorganic Chemistry for which the research work was completed in a record time of two years. He has also taught the subject at the collegiate level since 1973. Owing to his admirable experience, he is a much sought after member of Academic Councils, where he serves the government and private educational institutions alike in imparting vision and thought. In addition, he is a trainer in communication and presentation skills, having trained people at many corporates including Mind Tree Consulting and Ernst and Young..